Grandmaster General Choi Hong Hi was a retired General in the Korean army, and was his country’s first ambassador to Malaysia. In addition to his military and diplomatic achievements, he held one-man exhibitions both at home and abroad winning many prizes in the annually held Korean National Art Exhibition for his distinguished calligraphy.

General Choi, one of the founding fathers of the modern R.O.K. Army, was responsible for many contributions and innovations towards the improvement of military operations and procedures. At the same time, General Choi was busy laying the foundations for Korea’s military intelligence system.

In 1961, while Commanding General of the R.O.K. Army 6th Corps. General Choi had the U.S. Army 7th Infantry Division under his direct command thus becoming the first General in Korean history to exercise military control over foreign troops.
It was while engaged in his military duties, that General Choi conducted a great deal of scientific and theoretical research on ancient Korean “Taek­kyon”, which chiefly employs foot techniques, Japanese Karate, and Chinese Kung fu. These martial arts had not been properly developed until the appearence of modern TaeKwon-Do which consolidates Taek-Kyon, Karate and Kung Fu. General Choi’s efforts to establish and encourage the developmen of TaeKwon-Do also led to the founding of the International TaeKwon-Do Federation (I.T.F.).

General Choi was born a weak child and it caused his parents constant anxiety. As a youngster, he studied calligraphy and Teak-Kyon under the tutelage of the renowned Ok-Nam Han Li-Dong. Later, while a fifth year grade school pupil, General Choi was indefinitely suspended for planning and directing a mass student walkout from his school in the wake of the Kwang-Ju student uprising. In Tokyo, General Choi was forced to join the Japanese Army as a student volunteer. Towards the latter part of World War II, he received a seven year prison sentence when his plans to overthrow the Japanese military were discovered. He was not to know freedom until after Korea’s liberation from Japanese rule.

In 1945, General Choi enrolled in a military English school which later was to become the Korean Military Academy of today, and, on January 15th, 1946, General Choi was commissioned second Lieutenant. April 11th, 1955 saw the christening of TaeKwon-Do when General Choi after exhaustive researching, developing and experimenting, proclaimed Taekwon-Do to the world as a completely valid and unique martial art having a basic Korean origin. To this ancient art General Choi refined, renewed and re-organised it into a different set of techniques to which he proudly gave the name of Taekwon-do.

In March, 1959, General Choi took the R.O.K. Army Taekwon-Do team on a demonstration of power and intriguing techniques to the Republic of China and the Republic of Vietnam thereby enhancing Korea’s national esteem as well as paving the way for the adoption of Taekwon-Do as a special part of military training in both countries. In 1965, General Choi recieved approval from the Korean goverment to declare Taekwon-Do as Korea’s national martial art. Then he led the Taekwon-Do goodwill mission on a demonstration tour of Europe, the Middle East, Africa, and Asia thus establishing the initial foundation for the I.T.F.

In 1968, General Choi led a Taekwon-Do demonstration team to a meeting of the C.I.S.M.(Council of International Sports, Military) held in France. This visit resulted in the adoption of Taekwon-Do as one of CISM’s competitive events.
In 1973, General Choi took a team of the top 5 International Taekwon-Do experts on a worldwide tour of 23 countries covering 4 continents. One of the major purposes of this tour was to introduce Taekwon-Do to the emerging nations of Africa. The result of this tour greatly surpassed all expectations and resulted in a tremendous surge of interest in the whole African continent.

In 1974, a giant, worldwide event took place in the city of Montreal, Canada. The result was the first World Taekwon-Do Championship. This highly successful tournament was only made possible by the devotion of General Choi who single­handedly welded together this multi-national meeting.
In June 1979, in Oslo, Norway, General Choi helped to form the All European Taekwon-Do Federation with founding members from 14 European nations including Poland, Hungary and Yugoslavia. With the founding of this federation, General Choi’s vision of establishing Taekwon-Do as a worldwide, non-political organisation had come true.

In 1980 General Choi and 15 of his students visited the Democratic People’s Republic of Korea to demonstrate Taekwon-Do. 1982, saw the 1st Taekwon-Do gym opened in Japan, 1986 saw Taekwon-Do introduced into China, and in 1987 Taekwon-Do was demonstrated in Russia with school’s opening shortly after. 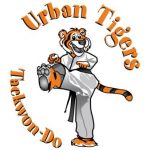 Hello students, hope you are all keeping safe and well during these troubled times. Please check out the new online quiz within the 'Quiz and Downloads' menu option. New quiz's to be added soon.